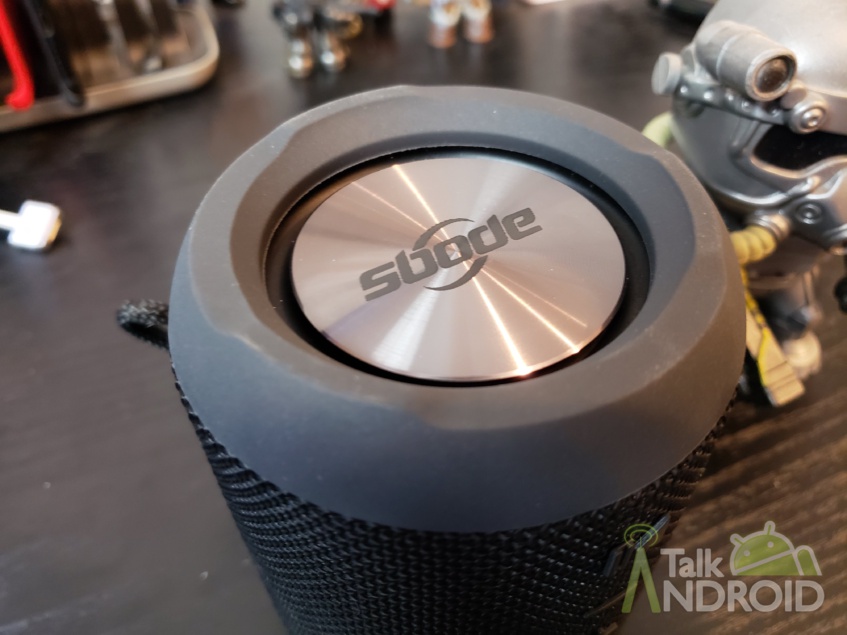 There’s no shortage of Bluetooth speakers on the market, but we’re starting to see a trend towards speakers in smaller form factors with more features. Voice assistants, fast charging, surround sound, you name it; if you can imagine it, someone’s probably tried it.

We recently reviewed Sbode’s wireless Bluetooth speaker that offered a really, really compelling package at a cheap price, despite a few faults. Now they’ve rolled out a smaller version of that same speaker, touting the same features with a bigger sound for less money. Sounds a little too good to be true, but we got our hands on a review unit to put it through the paces.

The first thing you’ll notice about the speaker is that it looks just like its bigger sibling, but cut in half. There a few altered design choices, of course, but I think you could trick someone by just stacking two of the small speakers on top of each other.

You’ll get passive bass radiators on the top and bottom of the speaker and a woven mesh material surrounding the cylinder of the Sbode M350. The buttons are probably one of the only major changes, with Sbode decreasing the number of function buttons and changing the color to something that blends in a bit more. I wouldn’t say that’s a positive change, because it can be really tough to tell what button you need if you don’t have ample lighting. 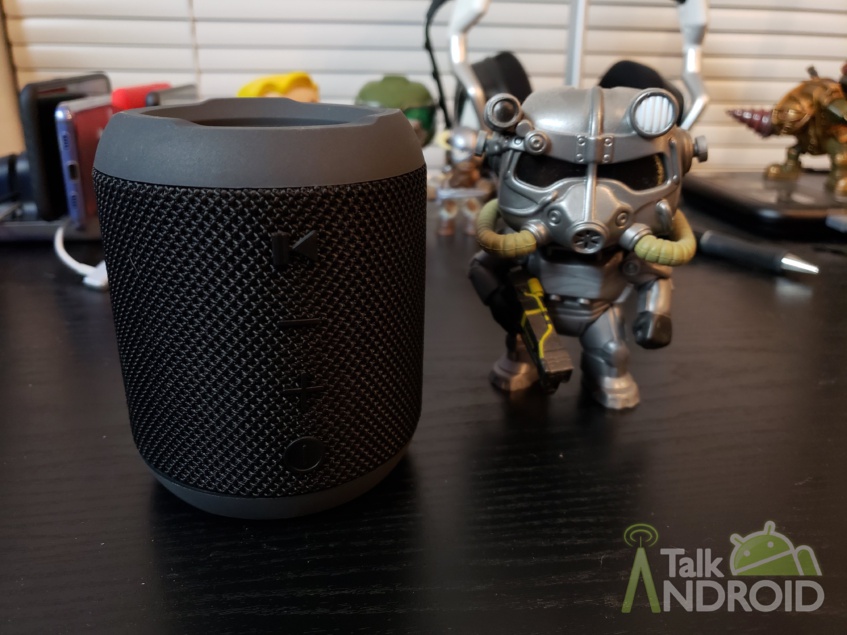 The battery indicator is also missing, and some functionality has been doubled up on specific buttons. Instead of a dedicated stereo pairing button, for example, now that feature has been relegated to a long press of the play button. This is pretty much inevitable when you make a device smaller, so it’s hard to really take off points, but it’s worth mentioning.

The inputs for charging, stereo in, and the microSD card are all hidden away under a sealed flap, likely to aid with the water resistance. 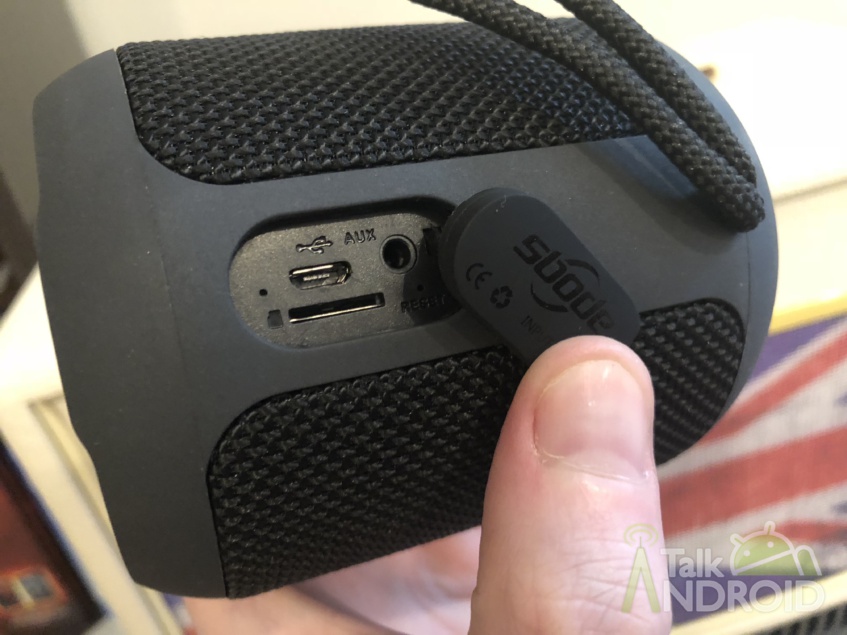 The mesh material resists water (IPX6 certified) and it’s very lightweight, which is something we also noted on the bigger Sbode M400 speaker. With a dedicated wrist strap, this is a very well designed speaker for carrying around to the pool or beach.

Sbode promises 6 hours of battery with a 4 hour recharge time on the M350, which is really not very great. It’s not wrong, either; it felt like I was getting almost a 1:1 ratio of charging vs. playback time, especially with the volume cranked up. Sbode’s estimates come from the speaker playing at 70% volume, but come on, we know you’re going to turn it up to 11. 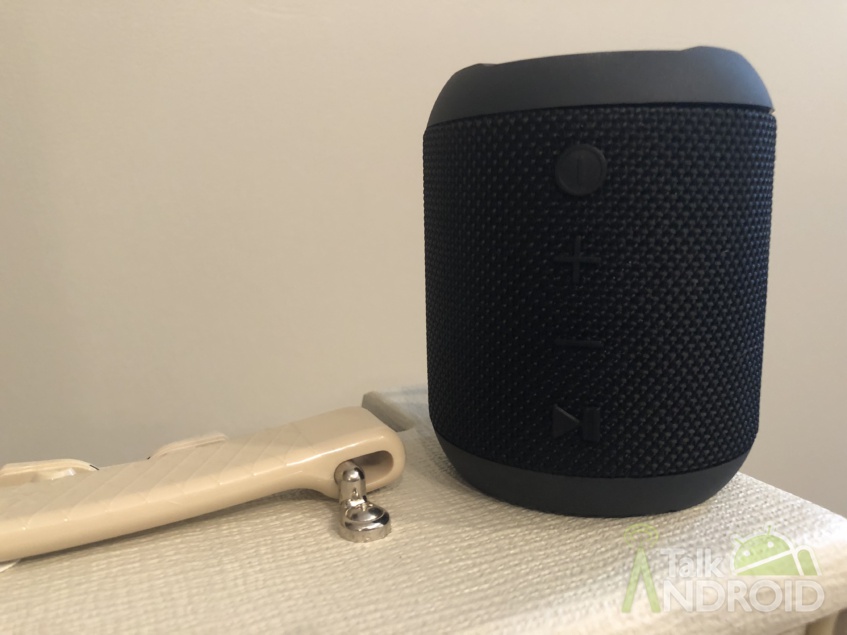 This thing is packing two 6W speakers and has a bunch of extra functionality, so a sacrifice had to be made somewhere. Whether or not battery life is a worthwhile tradeoff is your call.

Sbode isn’t really known for sound quality that’s going to blow your socks off, at least until you check the price tag. The M350 doesn’t buck that trend.

However, I will say that this little guy gets extremely loud for its size. I’m used to smaller speakers sounding, well, small, but you’ll get a surprising amount of headroom and volume from the S350. That’s a great sign for anyone looking for something durable to use outside, though. 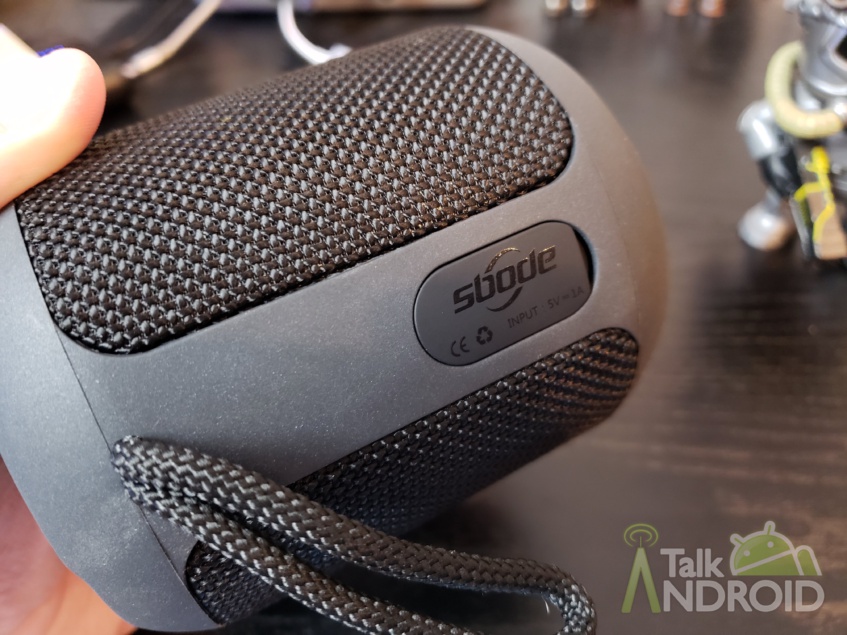 Despite the bass radiators, the low end ends up being pretty middling and typical of speakers this size, while the mid-range and high end don’t sound bad at all. The mids are clear without being too overbearing, and the top end is crisp without being too harsh. Much like its bigger brother, the S350 is going to be a very acceptable speaker without shaking your windows. You can also pair two of the speakers together to flesh out a stereo soundscape and bump up the volume.

Where Sbode really shines is how functional they make speakers, which gives you a ton of options for listening to music. Want to use it like a traditional wireless or wired speaker? No problem; pair it via Bluetooth or plug a cable in. Don’t want to fiddle with your phone? Easy, check out the built-in FM radio on this thing. Have your own music loaded in a microSD card? Pop it in and jam out and save your phone’s battery life for something else.

Navigating between those modes and changing FM stations can be a bit of a headache without any kind of dedicated interface or screen, so do keep that in mind, but where I really see this being useful is in an outdoor or party situation where you’d rather have a shuffle or mix of music in the background as opposed to listing out full albums. You can still do that, of course, it’s just going to be a little more work if you don’t want to involve your phone.

Sbode isn’t trying to compete for the attention of an audiophile, but instead aiming for the person that wants a load of functionality without breaking the bank. The S350 rounds out their portfolio in the sub-$40 range, but it’s in a weird place. 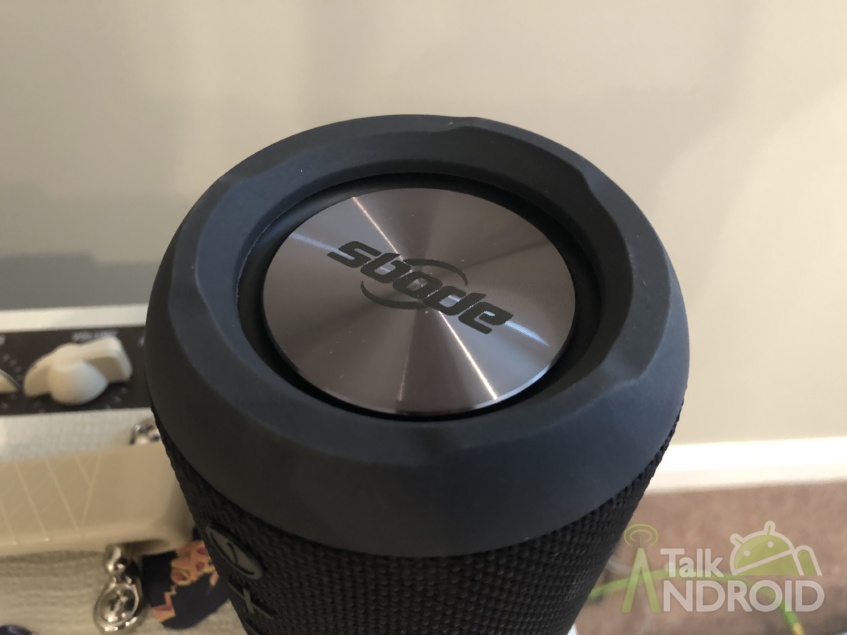 At $38, it really is a nice speaker. It holds its own against other similarly-sized Bluetooth speakers and has some extra goodness to justify going with Sbode instead of other brands. But… the M400 is also a great speaker for just a little bit more money, and it isn’t hamstrung with poor battery life. They’re both good options, but with how close they are in price, it’s tough to give the smaller choice a serious look.

If you’re buying two speakers for stereo, I can see it; that would save you almost $25. And if you’re really on a tight budget or you’re cramped for space in your bag, then again, the S350 is obviously the good one. But for everyone else? It’s nice to have options, but Sbode is competing with itself a little too closely here.

Your email address will not be published.Required fields are marked. *
POPPULAR BLOG
ARCHIVES
CATEGORIES
Copyright © 2005-2015 MySite Ltd. All Rights Reserved.
POWERED BY UEESHOP